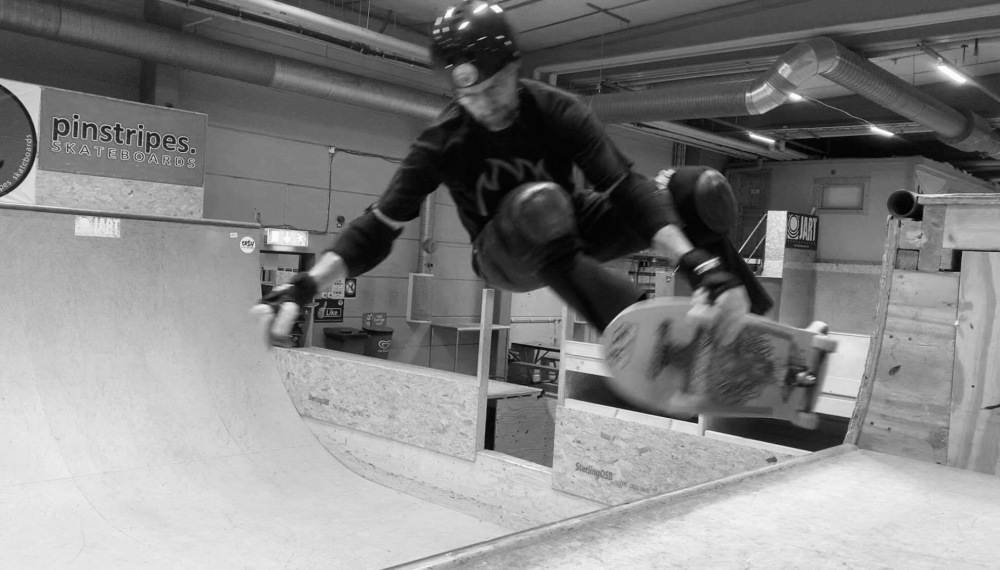 Professor Andersson is currently active as skateboarder. He started again 2015 following a long break. Now he skates with his friends at least once a week and often twice. Not only ramp and bowl but also freestyle and surf skate/slalom. The picture above is a "casper to casper" dating september 2020 (Photo Erik Solie) and the one below a frontside air at Ladan skatepark in Norrköping november 2020. 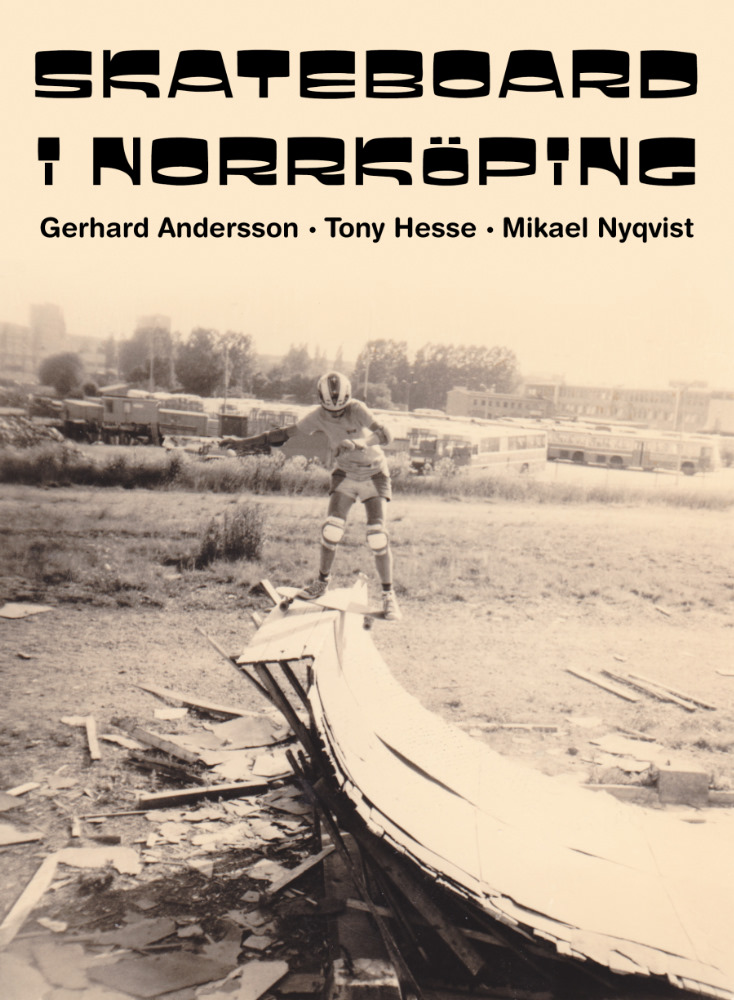 Book on the history of skateboarding.

Signature board together with the two co-authors of the skateboard book.

Responsible for a website dealing with skateboard in Norrköping, launched 3 April 2017.

In 1981 Gerhard and his friend Mikael played in a punk band called Obstipation. After that he went into heavy metal and then big band student music and jazz. Then he had a long pause from music. Examples of songs written by Gerhard in his youth are available here. Obstipation started again in 2016 and together with a third band member (Gareth) they play "unplugged" music and rehearse on a regular basis (with occasional small gigs). Mostly covers but one tune from the early days called "sport" is on the setlist (see facebook for examples).